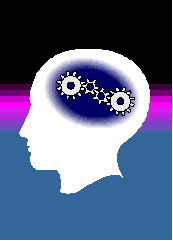 The term science comes from the Latin word "scientia," which means "knowing." Science comprises a large collection of subjects detailing mankind's current state of knowledge of the world and its surroundings, all the way up to the universe.

People who are involved in serious study of science subjects are called scientists.

Technology is the result of application of science to the real world to meet the needs of the human society, and has played a major role in the shaping of civilisation. The fruits of science, in the form of technology, are evident in all aspects of our daily existence, from the early morning tryst with the tooth-brush to the final switching off of the bed-light at night before hitting the sack.

Science subjects are grouped into three broad divisions: the physical sciences, the biological/life sciences and the social sciences. There are some science subjects which cover more than one of these divisions.

The physical sciences deal with non-living things, from the tiny particles that make up the atom to the universe itself. It includes subjects like physics, chemistry, mathematics, astronomy, earth sciences like geology and climatology, and engineering like computer science and mechanical engineering. Mathematics, although not exactly dealing with the non-living, is the language used by all other sciences.

Biological or life sciences concern study of living things and their environments. This division includes biology and medicine.

Social sciences deal with the social and cultural aspects of mankind, and include subjects like economics, political science and sociology.